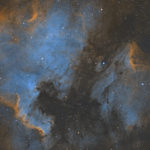 This image includes two large nebulae found within the constellation Cygnus, not too far from the very bright star Deneb.  The nebula on the left is the NGC7000 known as the North American Nebula.  It was discovered in 1786 by William Herschel when he noted a faint patch of milky nebulosity while observing this spot in the sky.  A century later in 1890 the German Astrophotographer Max Wolf took a long exposure photograph and noticed more clearly the characteristic shape and dubbed it the North American Nebula.  Yes, you read that correctly, Max Wolf was an Astrophotographer back in the late 19th century!  I can’t imagine how challenging it must have been to photograph the night sky with the cameras and technology that existed over 130 years ago.

The North American Nebula is quite large, and takes up about ten full moons worth of area in the night sky.  It is located 2,590 light years from Earth.  To put that in perspective, the photons that I capture were emitted from the nebula almost 600 years before Christ.   The nebula itself is about 90 light years across, meaning that photons at the speed of light take 90 years to travel across!  I still find it mind-blowing to think about the sheer size and scale of the universe, while at the same time keeping in mind that this is a very close nebula in the scheme of things. 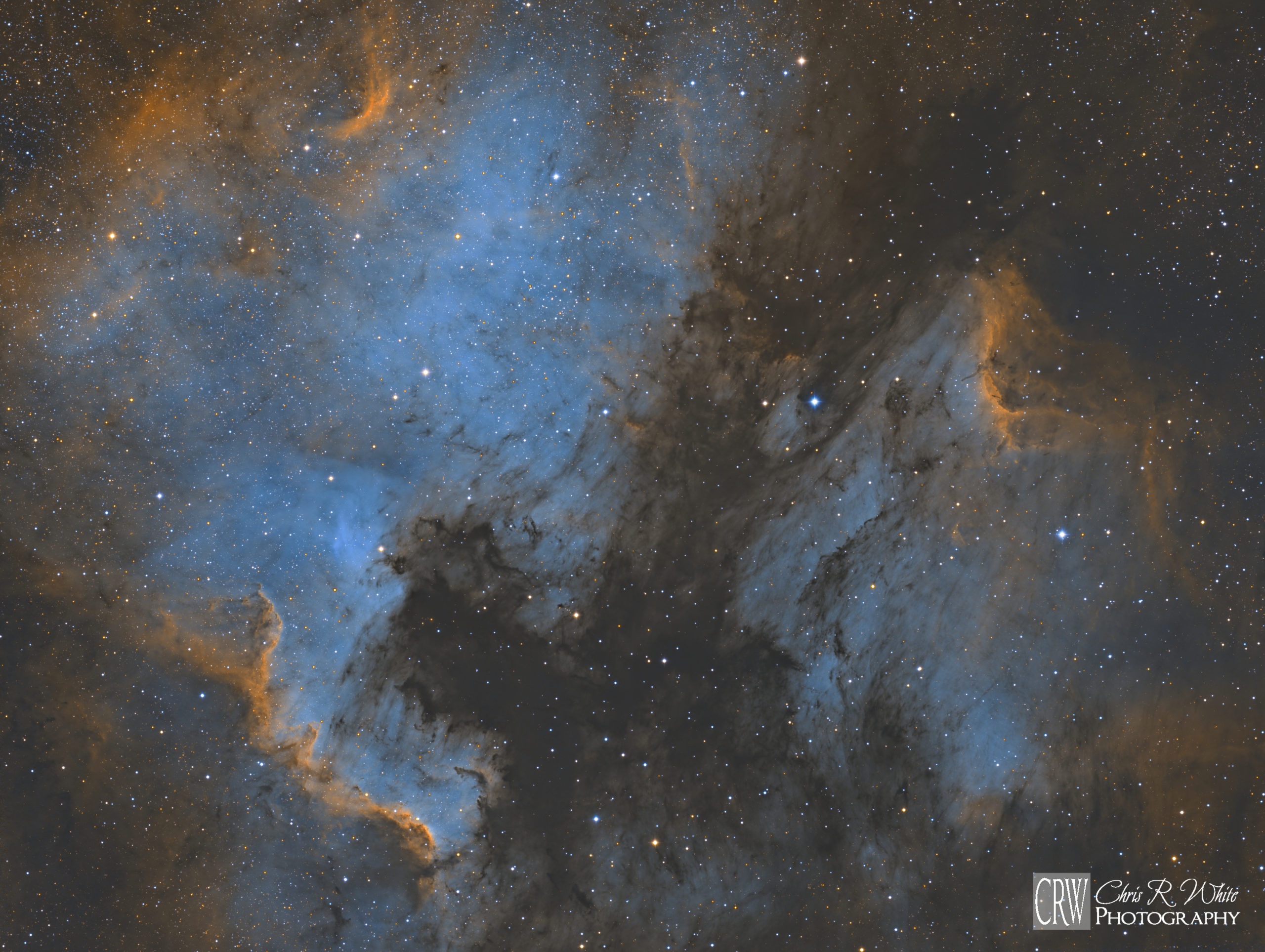 To the right of NGC7000 is IC5070, also known as the Pelican Nebula.  Some nebula nicknames are a stretch, and you need to really look to see how it got it’s name, but the Pelican Nebula is quite obvious!  This beautiful region of the sky is a very active in star formation and within are several very interesting features (which I will show in more detail in a later post).

Here are a couple of closer crops of the Cygnus Wall in NGC7000 as well as an area that I call The Tendrils within IC5070. 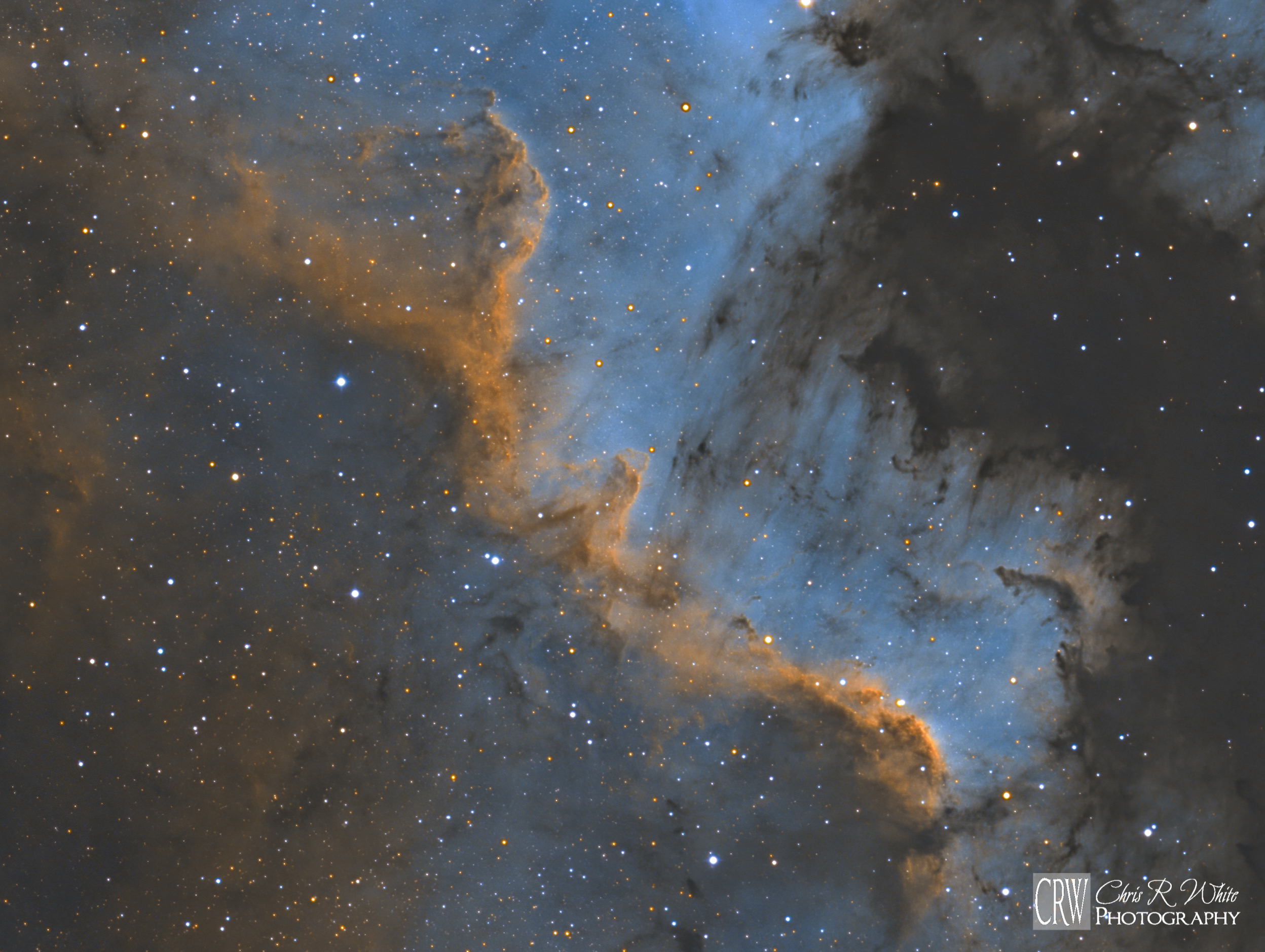 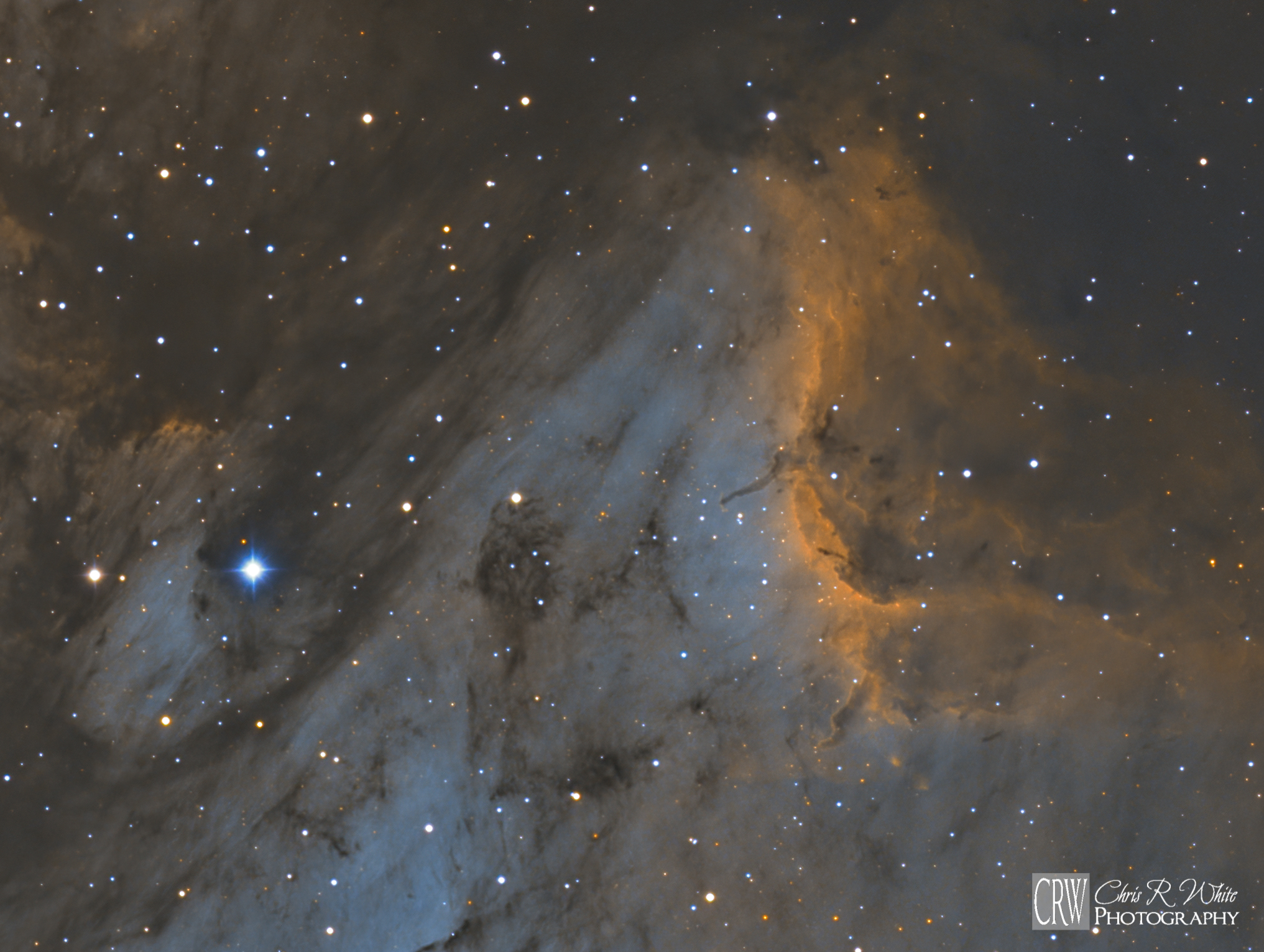 This image was captured with narrowband imaging filters using a monochrome camera.  The Orange color in the image is primarily Hydrogen Alpha (656 nano meters) with some Sulfur II (672nm) emissions, while the blue is predominantly Oxygen III (500nm).  These color channels were mapped to Red Blue and Green with a custom blend simulating the Hubble Palette.  This is known as a false color image, as the colors shown are not actually how they appear, but rather these emissions have been isolated using very narrow bandwidth filters to showcase the finer details within the nebulosity.  The colors and presentation I have chosen, are at my discretion and artistic liberty.

I also decided to process a starless version of this image by removing all of the stars using a special software algorithm that is able to identify and remove the stars.  This starless version is a bit disorienting as there are no stars present as a frame of reference however it is much easier to explore the details of the nebulosity.  Let me know what you think. 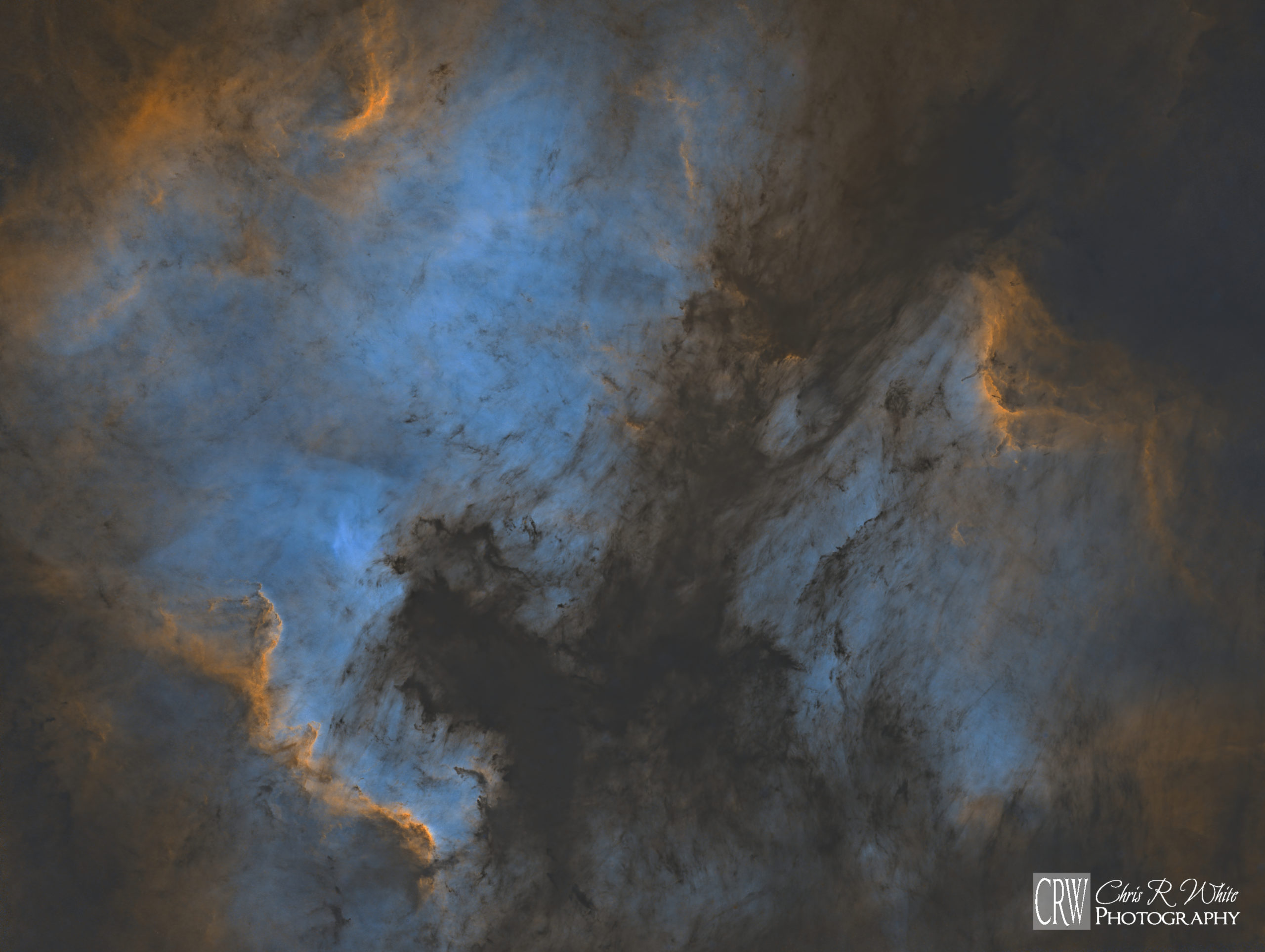